An easy way to learn thousands of vocabulary words 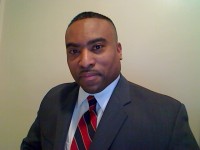 Experts would agree (and the evidence is incontrovertible) that the fastest--and most effective--way to acquire a powerful vocabulary is by learning and applying word parts such as roots, prefixes, and suffixes. Word parts are the building blocks of words, and because English was built primarily on Latin and Greek foundations, hundreds of thousands of words in our language were constructed with Latin and Greek word parts. What’s shocking (and really good news for us all) is that most of the Latin and Greek derivatives come from just a few word parts. For example, five prefixes (Im, In, Dis, Re, Un) constitute nearly 57% of all English words with a prefix. It means, also, that the same Latin and Greek elements were used to create thousands of different words.

Example word: INTRACTABLE: What does this word mean?

Sentence example: The conflict in the Middle East is intractable.

2.Think of a simple word which contains the root and/or prefix and illustrates the meaning of that root or prefix.

3. Learn the meanings of those parts from the word or words you have chosen.

4. Learn the meaning of that word part or those word parts from the simple key words.

Since attract means to draw someone to you, and “at” means ‘to”, tract must mean “draw or pull.” Tract also means to “manage” or to “control.” Use your word parts knowledge to decode the complex word.

“In” means not, “tract” means to draw, pull,or manage, and “able” means capable.

Intractable means: not able to be managed. If a problem is “intractable,” it’s nearly impossible to solve.

5.If the word was found in a sentence, substitute that meaning back into the sentence to see if it makes sense in the context of that sentence.

Vocabulary is the key to success on the Verbal Reasoning and Critical Reading sections of every standardized test. If you are taking the SAT, GRE, ISEE, SHSAT, ELA or any other standardized test, you need to have a rich and varied vocabulary. Roots and prefixes are the most effective way to analyze and to learn new vocabulary words.